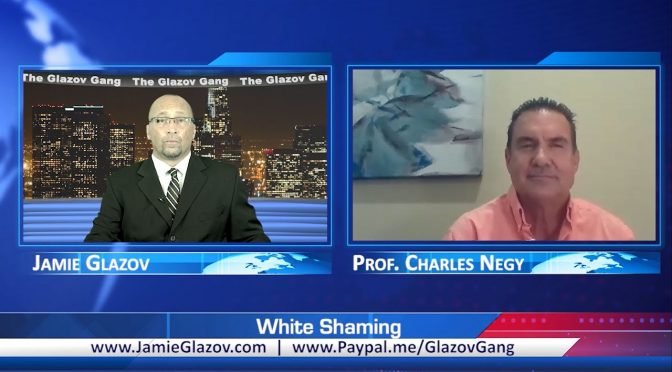 [To get the whole story on the roots of the Left’s malice and what lies behind its war of destruction on free societies, read Jamie Glazov’s United in Hate: The Left’s Romance with Tyranny and Terror:CLICK HERE.]

This new Glazov Gang episode features Prof. Charles Negy, an Associate Professor of Psychology at the University of Central Florida and the author of the new book, White Shaming: Bullying Based on Prejudice, Virtue-Signaling, and Ignorance.

Prof. Negy discusses White Shaming, exposing a leftist world of bullying that is based on prejudice, virtue-signaling, and ignorance.

And make sure to watch features Abraham Hamilton discuss The BLM-Witchcraft-Satanism Connection, where he unveils how a Marxist movement is summoning spirits of the dead to fuel and protect its totalitarian revolution.