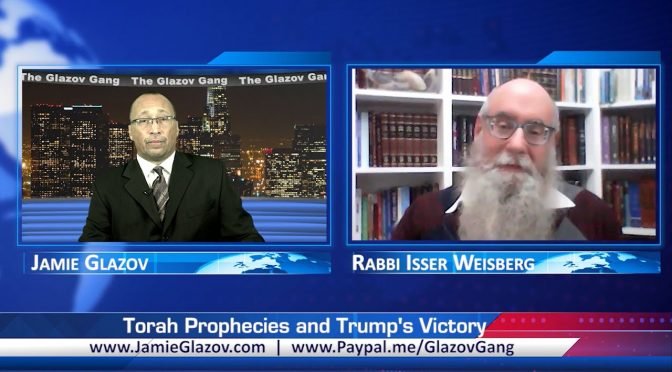 This new Glazov Gang episode features Rabbi Isser Zalman Weisberg, a leading scholar of End Time prophecies who has spent decades studying the Hebrew and Aramaic original version of the Biblical and ancient Kabbalistic texts. He successfully predicted the presidential elections of 2012, 2016 and many other related events.

In this episode, Rabbi Weisberg sheds a fascinating light on Torah Prophecies and Trump’s Victory, unveiling The miracle of the overturned election-steal of 2020.

And make sure to watch Daniel Greenfield, a Shillman Fellow at the Freedom Center, discuss Can a Devout Jew Be a Leftist? — where he sheds light on whether Jewish faith and identity are compatible with the Political Faith.