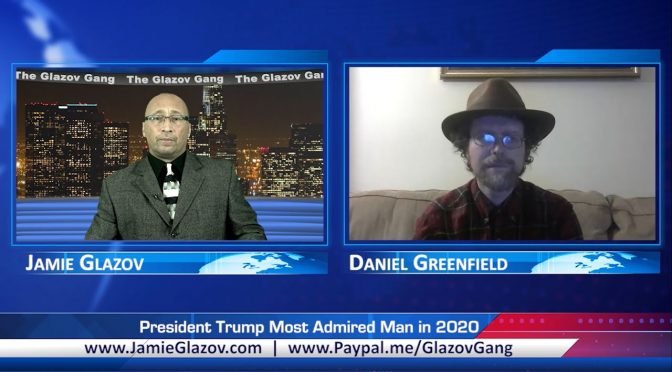 Daniel discusses President Trump Most Admired Man in 2020, unveiling the Bad news for Barack. And for the media.

And make sure to watch our 2-Part Special on Communist Lockdowns & Election Thefts and The Coming Bolshevik Reign of Terror, USA:

[2] Will Johnson: The Coming Bolshevik Reign of Terror, USA.

5 thoughts on “Glazov Gang: President Trump Most Admired Man in 2020”