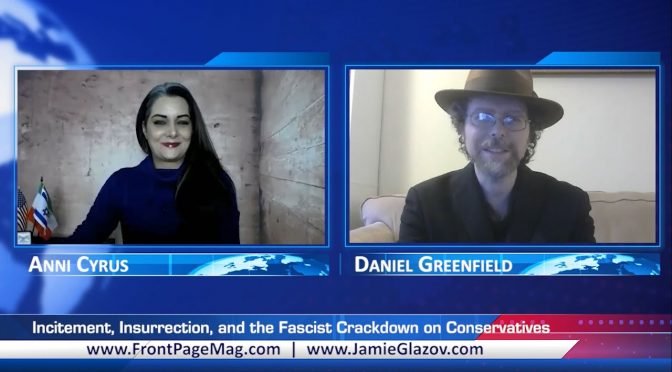 This new webinar features Daniel Greenfield, a Shillman Journalism Fellow with the David Horowitz Freedom Center. He researches Islamic terrorism, left-wing radicalism, and the decline of the free world.

Daniel discusses Incitement, Insurrection, and the Fascist Crackdown on Conservatives, unveiling how The Democrats and the media are launching an unprecedented campaign to eliminate the political opposition.

And make sure to watch our last two webinars with Noor bin Laden and Will Johnson:

[1] Noor bin Ladin: My Message to America — the cardinal importance and role of American exceptionalism in the world, and the urgent need to fight more strongly than ever to defend freedom.

[2] Will Johnson: Democrats Aim to Replace the Constitution with Tyranny — Behind the scenes of a communist coup.

One thought on “Greenfield Video: Incitement, Insurrection, and the Fascist Crackdown on Conservatives”