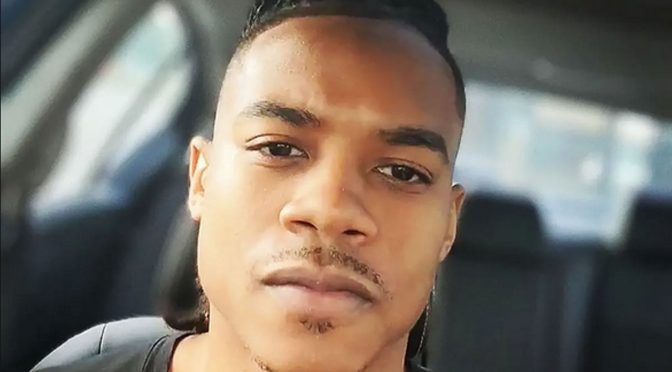 Introduction: Just recently, we witnessed U.S. authorities and the establishment media try their hardest to de-Islamize the Jihad mass shooting in Boulder, Colorado, and to obscure the fact that the Jihadist perpetrator, Ahmad Al Issa, is a Muslim migrant ISIS sympathizer.

And now we see the same pattern with Noah Green, who crashed his car into a barricade at the U.S. Capitol building last Friday, hitting Capitol Police officers, one of whom was killed and a second severely injured. Green also got out of his car and charged officers with a knife. The establishment media clearly salivated at the prospect of the perpetrator being a white supporter of Donald Trump, so that they could perpetuate their false narrative about the threat of “white supremacist terrorism” all around us. But alas for the media, it was not to be: Green was a black man and a member of the Nation of Islam. And so he is, typically and expectedly, no longer in the news. President Biden heroically led the way, making no mention of Green’s ideology in his statement on the attack and, instead of condemning Green’s violence, alluding instead to the mob that stormed Capitol Hill in January. Even Facebook did its faithful leftist duty, deleting – within the blink of an eye – Green’s Facebook page, where the Capitol barricade crasher proclaimed himself a “Follower of Farrakhan.” Louis Farrakhan is, of course, the leader of the Nation of Islam, which, apart from things like stirring hatred of whites and Jews, embraces Islam’s jihad doctrine.

Some vital questions confront us once again: why does the Left consistently engage in Jihad Denial? Why is it so invested in denying the Islamic roots of Islamic Jihad?

This is, without doubt, one of the most pertinent questions of our time, especially now with the Boulder Jihad and Capitol barricade crasher — and their tragic victims — hovering right before our very eyes. Frontpage Mag editors have therefore deemed it vital to run, below, an excerpt from Jamie Glazov’s book, Jihadist Psychopath: How He is Charming, Seducing, and Devouring Us.

The excerpt is Chapter 5, titled “Not All Muslims Do That!” It outlines how Jihad Denial works as a machine, laying bare all the main arguments utilized by Jihad Denial, since they are extremely calculating, deceptive, and destructive.

This documentation outlines and discredits the specious facades of Jihad Denial. Doing so equips us with the understanding of why individuals like Ahmad Al Issa and Noah Green are able to sow the destruction that they do today — and so easily. It also sets the foundation for our insight into exactly why the Left practices Jihad Denial — and what all the specious ingredients of that denial entail.

Don’t miss this essay below.

[To read the chapter on what the Left actually is — and why it aids and abets Jihad — read Utopian Virus: HERE. The Virus in Power, meanwhile, explores how the Left took power in America — and why it had such an easy time doing so. Read it: HERE. The introduction crystallizes the general nature of Jihad Denial HERE — while Chapter 1 details the Obama administration’s horrific record of trying to hide and camouflage the true sources of Islamic terror HERE. Chapter 4 explains why the Left must push Jihad into invisibility — and why it is so callous toward the victims of Jihad and Sharia: HERE.]

‘Not All Muslims Do That!’

Now that we have learned how and why the Left perpetuates Jihad Denial, we move on to examine the key arguments within its toxic agenda. As will be demonstrated below, the entire gambit is a lie and a fraud.

One of the most widely employed Jihad Denial arguments heard in our culture today is the infamous assurance that It’s not Islam, but the extremists! This proposition is interwoven with the central foundation of the Jihad Denial matrix: that it all really has nothing to do with Islam. The thinking goes like this: even when Jihadists quote their Islamic texts to justify their barbaric actions, it is not because of Islam. The terrorists, we are told, are just a very tiny minority of Muslims who have misunderstood and hijacked their own religion. They are, therefore, not even real Muslims.