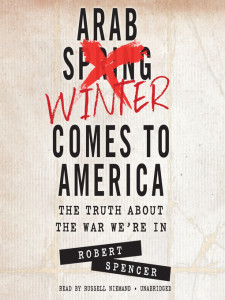 This week’s Glazov Gang was joined by Robert Spencer, the director of Jihad Watch, a program of the David Horowitz Freedom Center, and the author of thirteen books, including two New York Times bestsellers, The Truth About Muhammad and The Politically Incorrect Guide to Islam (and the Crusades). His latest book is Arab Winter Comes to America: The Truth About the War We’re In.

Don’t miss this week’s second episode with Dr. Anna Geifman,a scholar who has taught in the History Dept. at Boston University for over 20 years and is now senior researcher at the Dept. of Political Studies at the University of Bar Ilan in Israel. Her latest book is Death Orders: The Vanguard of Modern Terrorism in Revolutionary Russia.