On Saturday evenings, the Counter Jihad Coalition (CJC) comes to 3rd St. Promenade in Santa Monica to spread the truth about Islam.

Below are some pictures of Jamie Glazov handing out educational pamphlets about Islam and also debating the issues.

Below the pictures is a video of Jamie’s activism on 3rd St. and then a Glazov Gang episode with Steve Amundson, president of the CJC, about his group’s efforts.

The CJC‘s Facebook page can be found HERE and the group can be contacted at this email address: CounterJihadCoalition@gmail.com. Join us!

Jamie tries to give a pamphlet about Islamic Jihad to a Muslim woman: 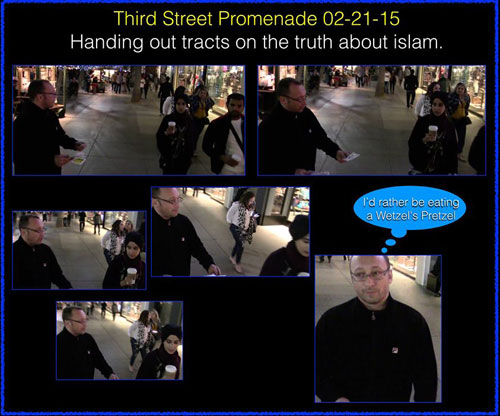 Jamie hands a pamphlet about the “Oppression of Woman Under Islam” to a Muslim woman in Niqab: 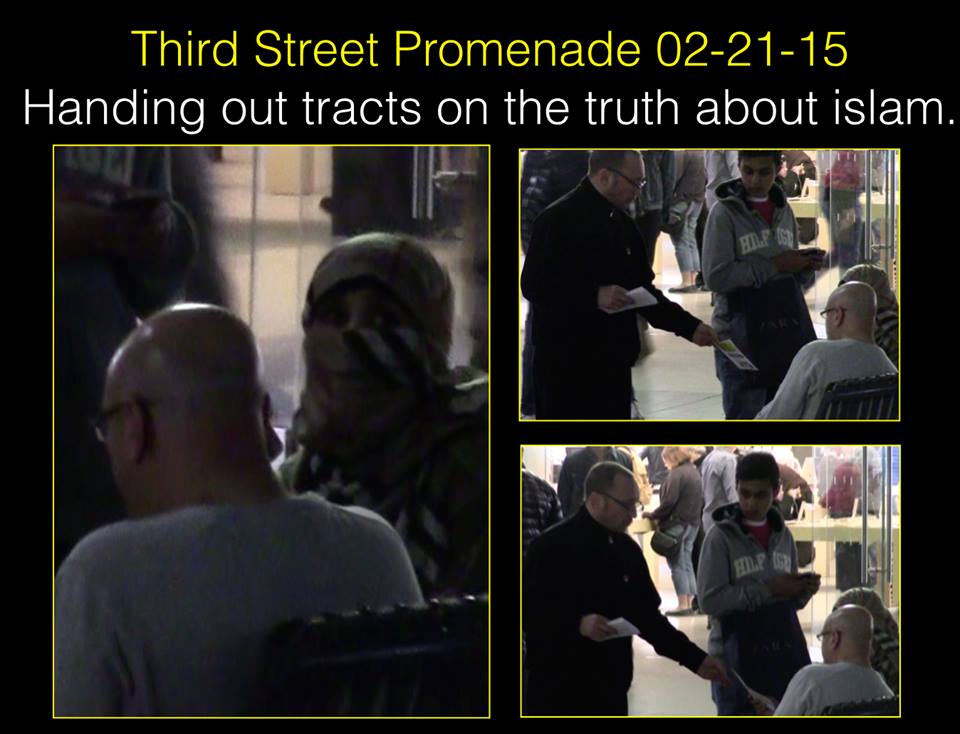 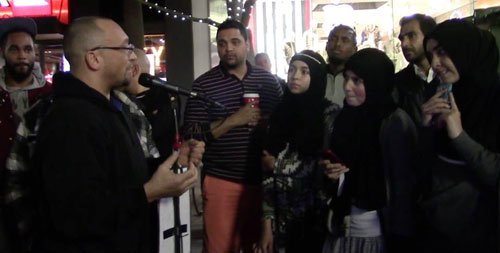 Jamie unveils the ingredients of Mohammed’s life to a hostile audience: 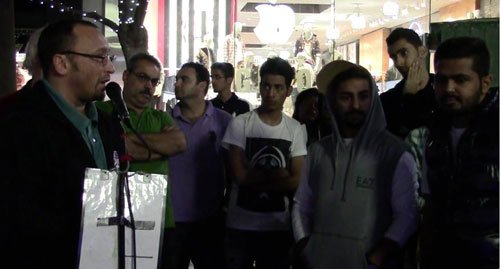 46 thoughts on “Jamie Glazov’s Fight for the Truth About Islam on 3rd St. Promenade”