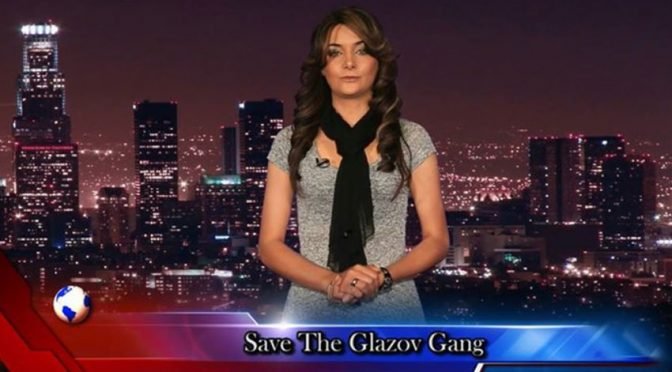 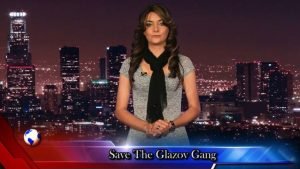 “[Donate to The Glazov Gang through Pay Pal or its Kickstarter campaign.]

In this new brief episode of The Glazov Gang, the producer of the show, Anni Cyrus, explains why now, more than ever, is the hour to support the show that boldly tells the truth about the Left and Jihad that our media simply won’t dare discuss.

We recently started a Kickstarter campaign to raise $3,000 just to stay on the air. Because of your AWESOME love, support and appreciation of the value of the show, we have already reached that goal! We are now back on our feet. But we need to raise $30,000 in total to keep the show up and running for a year. With the incredible help and generosity we have just received to bring us back to life, we are very optimistic that this goal can be reached!

Please make a donation directly to The Glazov Gang‘s PayPal account or our Kickstarter campaign.

Those who pledge $500 will be listed as a backer of The Glazov Gang on JamieGlazov.com.  $2,000  will gain a donor a link to be put up on one of our shows. And $3,000 will earn a contributor an appearance on the show for five minutes!

Fans are also welcome and encouraged to send in their own brief video to us (jamieglazov11@gmail.com) supporting our show and encouraging fans to help — which we may run after a selection process.

In the meanwhile, please subscribe to The Glazov Gang’s YouTube Channel and encourage all of your friends to do the same. It is very much appreciated! — https://www.youtube.com/user/TheFMPMG/featured

2 thoughts on “Save the World’s Challenging Counter-Jihad Chatfest!”