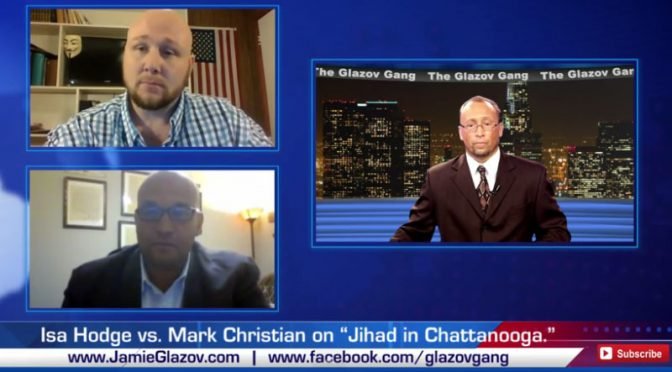 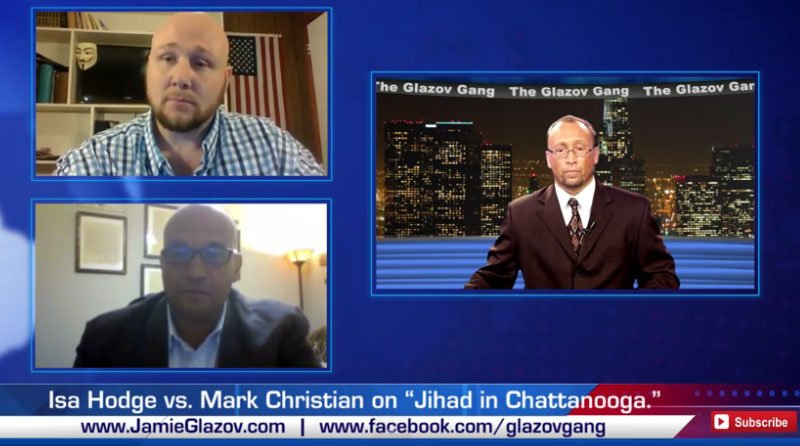 On this special edition of The Glazov Gang, Muslim American Activist Isa Hodge went toe-to-toe with Dr. Mark Christian,  a former Islamic Imam who converted to Christianity, an act for which he now lives under the perpetual threat of death.

They debated the causes of the Jihadist attack in Chattanooga, what needs to be done to protect American lives from Jihad, why each of them left their religions, and much, much more.

And make sure to watch The Glazov Gang‘s new feature, The Jamie Glazov Moment, in which Jamie discusses “Why I Love Muslims,” emphasizing why it is so important for freedom-loving people to stress that the threat facing western civilization is Islam the ideology, rather than a group of people.

6 thoughts on “Muslim Activist Isa Hodge vs. Ex-Imam Mark Christian on Jihad in Chattanooga — on The Glazov Gang”