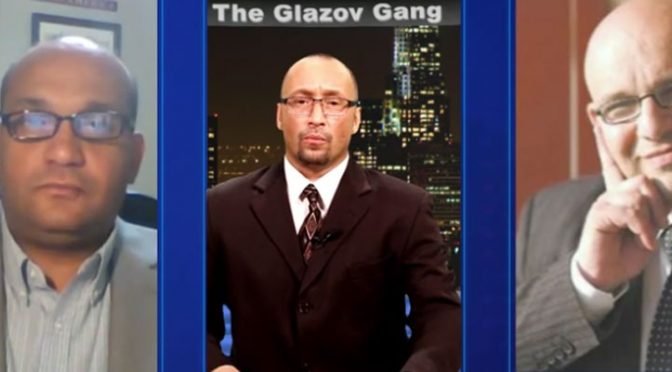 This special edition of The Glazov Gang was joined by Dr. Mudar Zahran, the leader of the Jordanian Opposition and a Muslim refugee in Europe and Dr. Mark Christian, a former Islamic Imam who is the president of the Global Faith Institute.

The two guests debated The Relationship Between the King of Jordan and the Muslim Brotherhood, the Jihad Against Israel and Who is Behind It,  the Muslim Refugee Crisis in Europe and Is Islam Compatible With Western Values?

And make sure to watch the new Jamie Glazov Moment in which Jamie discusses A Muslim With a Cleaver — and Islam, analyzing whether Alaa Abu Jamal really murdered Rabbi Yeshayahu Krishevsky because of Jewish settlements.