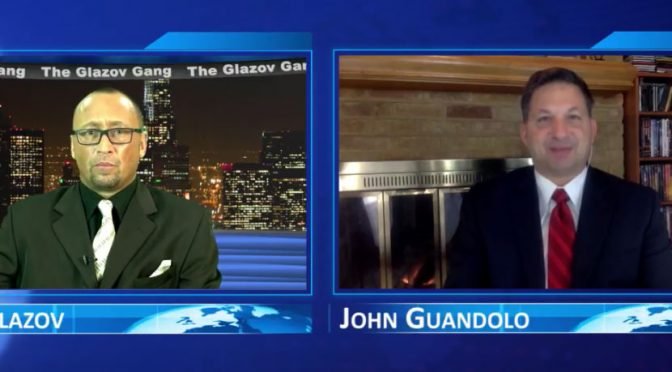 Crowdfunding online company GoFundMe has banned The Glazov Gang, a web-tv show that tells the truth about the threat from the Left and Islam, from accepting online donations.

GoFundMe suspended The Glazov Gang campaign without any notice or explanation, nor have they responded to any queries.

This conduct by GoFundMe is part of its larger effort to shut down the efforts of Anni Cyrus, the producer of The Glazov Gang. Recently, also with no notice or explanation, GoFundMe deleted Anni’s entire account while she was raising funds for her anti-Sharia tour — wiping out all of her donor history and four open campaigns,  one of which was The Glazov Gang campaign.

This development is part of a current onslaught by companies who are closing their platforms to those who dissent from the Left’s totalitarian worldview. Freedom of speech and conscience are being annihilated each passing day right before our eyes.

The Glazov Gang will not take this lying down. Please spread the message that GoFundMe has surrendered to leftist fascism and kindly write to the organization to request that The Glazov Gang get its campaign back: