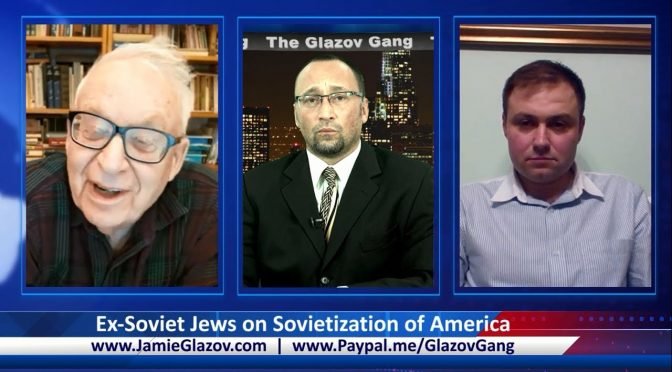 Igor and Ilya discuss The Sovietization of America, unveiling how the totalitarian virus has come to the U.S.A.

And make sure to watch The Glazov Gang’s 2-Part Series featuring John Guandolo, an ex-FBI agent and president of Understanding the Threat, and Brad Johnson, a former CIA Station Chief and president of Americans for Intelligence Reform.

In Part I, John and Brad expose The Real John Brennan, revealing The Traitor that the Ex-CIA Director Really Was and Is. In Part II, they focus on The Terror Threat Post-Mid-Terms, unveiling The Consequences for U.S. National Security.

Part I: The Real John Brennan.

Also tune into our special episode with Jamie discussing John Bolton Praises My New Book, “Jihadist Psychopath,” where he shares how President Trump’s National Security Adviser has given his work a glowing thumbs up: