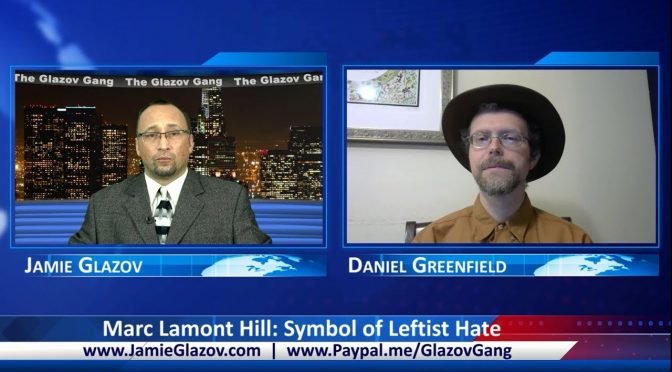 Please donate through our One Million Campaign or  Pay Pal account.

This new edition of The Glazov Gang features Daniel Greenfield, a Shillman Fellow at the Freedom Center and editor of The Point at Frontpagemag.com.

Daniel discusses Marc Lamont Hill: Symbol of Leftist Hate, and he deals with the question: How many times can you justify the murder of Jews before CNN fires you?

Also make sure to watch Daniel discuss Can a Devout Jew Be a Leftist?, shedding light on whether Jewish faith and identity are compatible with the Political Faith.

And tune in to watch Jamie shed light on how John Bolton Praises My New Book, “Jihadist Psychopath,” where he shares how President Trump’s National Security Adviser has given his work a glowing thumbs up.