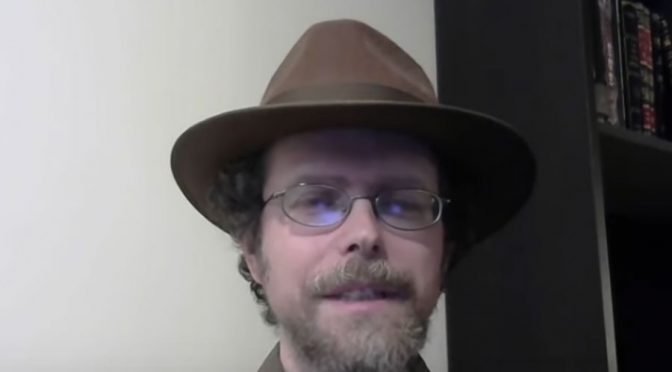 [Frontpage editor Jamie Glazov will be speaking at Beverly Hills Hotel on Feb. 6 about his new book: Jihadist Psychopath: How He Is Charming, Seducing, and Devouring Us. Register HERE. Order the book HERE.]

Daniel presents A Late Night Jihadist Psychopath Reading, discussing Islamic terror, psychopaths and apple cider. His talk is a riveting review of Jamie Glazov‘s new book, Jihadist Psychopath: How He Is Charming, Seducing, and Devouring Us.

Jihadist Psychopath, which is Amazon’s #1 New Release in the “Medical Mental Illness” and “Islam” categories, offers an original and ground-breaking perspective on the terror war. Like no other work, it unveils the world of psychopathy and reveals, step by step, how Islamic Supremacists are duplicating the sinister methodology of psychopaths who routinely charm, seduce, capture, and devour their prey.

And so, perhaps it is no great surprise that Jihadist Psychopath has been targeted by Twitter and Pakistan for violating Islamic blasphemy laws.

As Jamie discusses in his video, John Bolton says about Jihadist Psychopath:

With a Foreword written by Michael Ledeen, advance praise also comes from Dennis Prager, Geert Wilders, Robert Spencer, Steve Emerson and many other titans and scholars in the international arena. (See Amazon page for many of the blurbs).

And make sure to check out Jamie’s recent appearance on America’s Voice with Kyle Olson & Tudor Dixon to discuss his new book, Jihadist Psychopath.