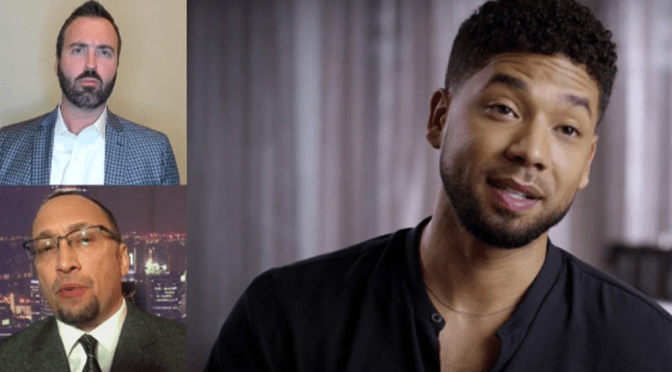 In his recent appearance on America’s Voice News  with Jesse Kelly, Jamie discusses Why Jussie Smollett Lied – And The Left’s Victimhood Cult, unveiling how totalitarian movements portray themselves in order to gain power.

He reveals how his new book, Jihadist Psychopath, illuminates how the Unholy Alliance markets in pain, suffering and death to enhance its political and cultural capital.