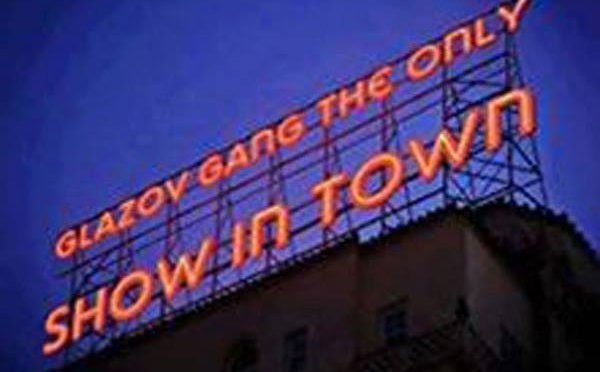 The time of year has arrived when we need to reach out to you, once again, for your can generous and priceless help. We have just launched our new Unified-4-People Campaign – and we are hoping that you can give us a boost through this new vehicle so that we can continue to produce our content.

The Glazov Gang is the program that boldly tells the truth about the Left and Islamic Jihad that our establishment media and higher culture simply won’t dare discuss. And so it is no surprise that we are running up against so many unceasing totalitarian attempts to silence us:

The crowdfunding online company GoFundMe has banned us from accepting online donations and YouTube repeatedly shuts down our monetization.

The Muslim Brotherhood front-group CAIR wages unceasing war on us.  Indeed, the Hamas-linked group sends out press releases pressuring groups to cancel their events featuring our producer Aynaz Anni Cyrus. In its attack on Anni, one of CAIR’s typical press releases went into a listing of many of the things that our courageous producer has been saying in her Glazov Gang videos — a tell-tale sign that CAIR is watching our show and fretting about the truth that we are getting to the public about Jihad and Sharia and, of course, about the Jihadists’ leftist allies.

It is no wonder that CAIR, SPLC and other Unholy Alliance groups and leaders are fretting about Anni Cyrus and The Glazov Gang, seeing especially that one of Anni’s videos, The Solution to Stop Islam, has gone viral and is now nearing 1.3 million views.

And so, as this time of year has arrived, when we need to reach out for assistance to keep going, we hope our fans can enable us through our new Unified-4-People Campaign or via our Pay Pal account. (Those supporters who would like to write a check, kindly contact Jamie for more info at: jamieglazov11@gmail.com.)

Below, please watch this special new short video by Anni Cyrus in which she stresses how now is the key moment to give The Glazov Gang a helping hand.

And make sure you have seen our BLOCKBUSTER recent episode featuring John Guandolo, a former FBI agent, combat veteran Marine, and now president of Understanding the Threat.

John discussed Ilhan Omar’s Sharia Hate and Deception, and he asked: Is it really shocking that a Muslim congresswoman adheres to Sharia and hates Jews?


This is the kind of programming that can’t be found in our establishment media — and that your support makes possible.