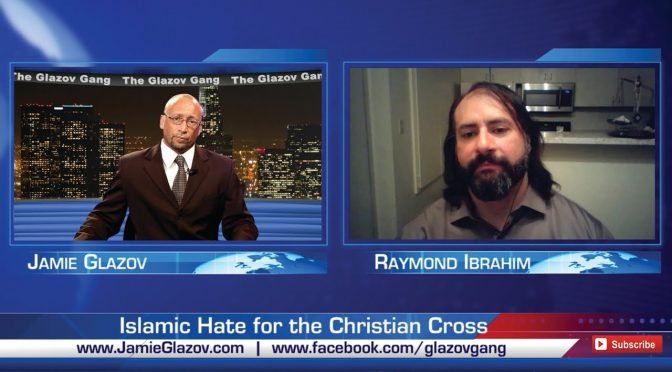 The recent Sri Lanka Jihad Massacre is yet another horrific chapter in Islam’s ongoing genocidal war against Christianity. In light of this new and evil attack against Christians in Sri Lanka, we have deemed it important to bring attention to why exactly this Islamic war on Christianity is taking place.

We are therefore rerunning, below, our special feature with Raymond Ibrahim, the author of Sword and Scimitar: Fourteen Centuries of War between Islam and the West.

Raymond discussed Islamic Hate for the Christian Cross, and he unveiled What Really Lies Behind Muslim Hatred of the Crucifix.

And make sure to watch Jamie focus on Muslim Woman Murders 5-Year-Old Slave Girl, where he takes a glimpse inside the Kafkaesque world of Islamic Law.

One thought on “Glazov Gang: Islamic Hate for the Christian Cross”