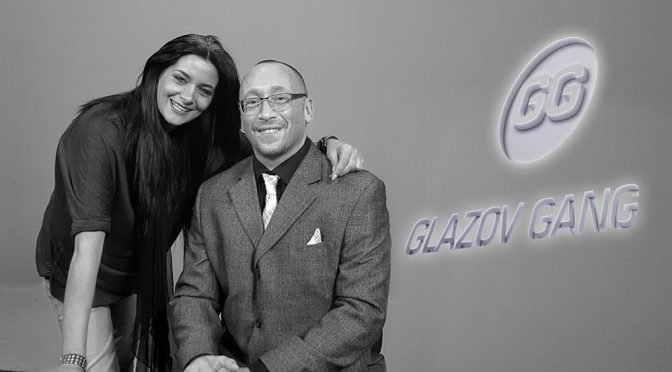 The time of year has arrived when we need to reach out to you, once again, for your can generous and priceless help. We have just launched our new F1Fund.com Campaign – and we are hoping that you can give us a boost through this new vehicle so that we can continue to produce our content.

The Muslim Brotherhood front-group CAIR leads the Unholy Alliance’s war against The Glazov Gang. The Hamas-linked group sends out press releases pressuring groups to cancel their events featuring our producer Aynaz Anni Cyrus. In its attack on Anni, one of CAIR’s typical press releases went into a listing of many of the things that our courageous producer has been saying in her Glazov Gang videos — a tell-tale sign that CAIR is watching our show and fretting about the truth that we are getting to the public.

The leftist and venomous hate-group, Southern Poverty Law Center (SPLC: Hate Machine), is also consistently libeling Anni, referring to her, among other things, as being “anti-Muslim.” The specious absurdity of this libel is unveiled when one considers all the suffering Muslim people under Sharia that Anni and our show consistently stand up for, especially when it comes to the Muslim women and girls who are victimized by FGM, Honor Killings and other Sharia barbarities. Hate groups such as SPLC and CAIR always smear heroic human rights activists such as Anni as being “anti-Muslim,” when they are, in fact, anti-Sharia oppression and anti-Jihad.

It is no wonder that groups such as SPLC and CAIR are panicking about Anni Cyrus and The Glazov Gang, seeing that one of Anni’s videos, The Solution to Stop Islam, has gone viral and is now nearing 1.5 million views.

And so, as this time of year has arrived, when we need to reach out for assistance to keep going, we hope our fans could give us a boost through our new F1Fund.com campaign or via our Pay Pal account.

And make sure you have seen our BLOCKBUSTER recent episode featuring Clare Lopez discussing: Behind the Scenes of the Suleymani Hit.