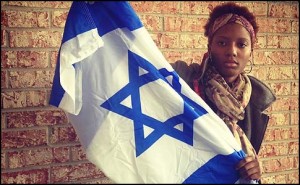 This week’s Glazov Gang was joined by Chloé Simone Valdary, a Junior at the University of New Orleans and founder of the Allies of Israel Association. She is a conservative and an African-American Zionist.

Don’t miss Frontpage’s second episode this week with Dr. Mordechai Kedar, the director of the Center for the Study of the Middle East and Islam (under formation) at Bar-Ilan University, Israel.

He joined the show to discuss The “Good Koran” vs. the “Radical Koran,” analyzing the phenomenon of Jihad-Denial and the reluctance of many to recognize the true teachings and impulses of Islam: